Lately I’ve decided life is too hard and I’ve been finding it helpful to practice my favorite yoga position – face down on the couch in a pile of blankets. Ever get like that? I mean, seriously… unless someone is dying, don’t bother me. My mind is on vacation and the most important thing on my agenda is to see how many mini marshmallows I can fit in my mouth. (16. The answer is 16.) Thank God my husband hasn’t run away screaming bloody murder from disgust over my aversion to showers the past few days. The cats have taken to avoiding me. Assholes.

When I was finally able to drag my sorry ass out of the house, Alex and I decided to do something fun to lift the mood: bad food and arcade games. It works, guys. 4 out of 5 doctors in the US recommended. 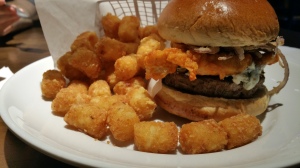 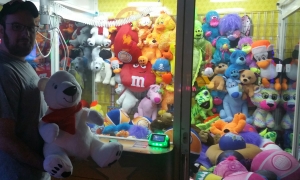 Then Alex won me a stuffed polar bear. He is the King Of The Claw Machine.

Yes, I’m 29 and still get excited over my husband winning me a stuffed animal. I’m not embarrassed.

I hope y’all had a great Easter filled with an overabundance of chocolate and jelly beans. Now that I’m functioning like a normal person again, I will be spending time catching up on the blogs I’ve missed.

There are very few things in life that make me angry enough to want to rip somebody’s face off and wear it as a diaper. Very few. Actually, I pride myself in knowing how to take a joke and rarely being offended by things. Well, yesterday I had one of those moments where a face-diaper almost became a real thing, generously coupled with a swift kick to the balls. (I was in a giving mood… what can I say?)

Guys… telling a woman she shouldn’t wear yoga pants in public because she’s overweight is something that should never happen. Especially when you follow it up with the fact that it’s nothing to do with how it makes her feel, but she shouldn’t wear them because it’s hurting YOUR eyes. I don’t care if you meant it as a joke or not. You’re a prick and fuck you. Seriously, what the hell is wrong with people? What’s happening to common sense and manners? 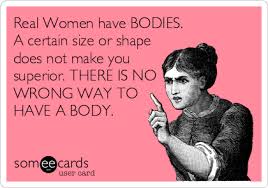 I truly hope I never overhear something like this again. If I do, there’s a 95% chance I’m going to take a crap on your face. Watch out you sad little shit.

Do you find this joke inappropriate or am I the only one? If you overheard a comment like this would you say something? It really bothered me, but it’s highly possible I’m a bit crazy.

On Tuesdays, I always like to share a random trivia fact. It’s usually something freakishly weird like stories of strangers licking each other, or Disney’s obsession with pussy. (Yes, I love puns. So what?) This time… I’m sharing facts about myself. I’m freakishly weird… so it counts, right? You better say yes, damn it!  I get multiple emails every week asking me things about myself or my blog, so I thought it would be fun for me to share some stuff here so you may get a better idea of who I am. I hope y’all will share something with me, too. That’s how friendship works, you know. 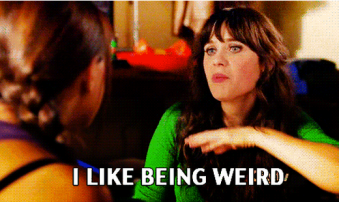 If you thought I was weird already – it’s only going to get worse from here.

1. There are multiple shows that are geared towards teens that I still watch. It’s pretty embarrassing at the age of 29 but I can’t help myself. Pretty Little Liars. Dance Moms. The list goes on. (Hey… don’t judge me)

2. I make up dances all the time for random things. I have a made up dance for pizza. A dance for dessert. A dance for my in-laws dog. (Which he loves. He thinks I’m playing so he gets excited and bolts around.) One I do for my cats. I even made up a dance that I make my cats do. Those poor things.

3. I would rather watch the same reruns of the same shows over and over rather than watch something new. I like knowing what to expect rather than risk watching something new and hating it. I’ve seen the same Big Bang Theory, Modern Family, and The Middle episodes dozens of times. (There are many more shows, but I’ll spare you from the list)

4. I absolutely detest social media. I think most people here know that already, but I wanted to add it in.

5. I like spending more time with kids than adults. I often consider going back to school to become a preschool teacher or becoming certified to open a day care. (Would you trust me with your kids? Hahahaha)

6. I grew up in a staunch Republican house with parents that were obsessed with politics and unwilling to hear other perspectives. Now I avoid politics like the plague.

7. I spend hours a day reading other people’s blogs because I love finding connections and meeting new people. I don’t make friends easily in person. I think I come off a little crazy.

8. I’m absolutely petrified of waves and undertow. I grew up going to the Caribbean every year and never had an issue until I was about 20. Even though I live in NC and often go to the beach in the summer, I haven’t gone into the ocean any further than my ankles in years. 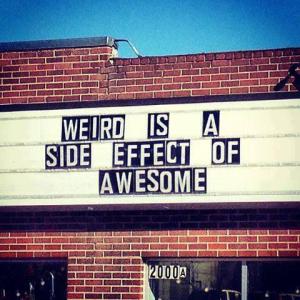 9. Here’s a deeply personal one that I didn’t think I’d ever share. I had a lot of mental issues when I was young, and was diagnosed as having Borderline Personality Disorder. It took many years for me to get out of that darkness. It wasn’t easy. I think it’s the main reason I focus on humor instead of anything serious when I write. I like keeping things light-hearted after suffering for so long.

10. I collect magnets from different countries and have over 100 of them. No, I didn’t go to all of these places, but my parents did. Every time they go on a trip, I’m gifted with a handful of magnets. It started off as a joke… but it stuck. Pretty nerdy, right?

Do you have a freakishly weird fact to share or a question to ask? We’re all friends here. You can email me them if you’d rather share them in private @    theshamefulsheep@gmail.com

Ever have moments where you wish you were young again? Not because Monster High kicks ass, responsibility blows, and as an adult you are all too aware of all the shitty things happening in the news. You just need a day to get away. A day of silence. Just one day to do nothing that actually matters, only mind-numbing tasks that make life a little happier and easier to get through. (Is that too much to ask?)

I mean, let’s face it… life is consuming. Work, bills, your spouse, kids – they are all bricks getting stacked on top of you and you’re starting to get crushed. The stress makes it hard to breathe. You’ve lost yourself to responsibility. Seriously, when was the last day you spent treating and taking care of yourself? 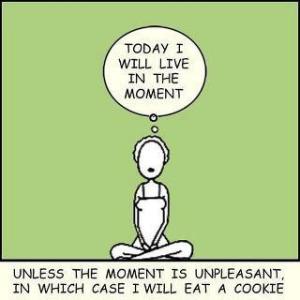 So… I decided I’m setting aside a day this week to spend by myself. A solo trip to the movies. Wandering around the mall aimlessly and buying something I want and don’t need. I’m going to order way too much Chinese food, then bring it home and eat it on the couch while I watch five hours of Downton Abbey in one night. I’m going to go to bed whenever the hell I want, and wake up whenever the hell I want.

There’s so much emphasis on physical health with these New Year’s resolutions. What about taking care of your mental state? Time to reboot and recharge, guys. Y’all should do it, too.

(I think this is my first non-humor post. I debated not posting it. But, let’s be real — I’m not always a clown. I have my serious moments and struggles, too)